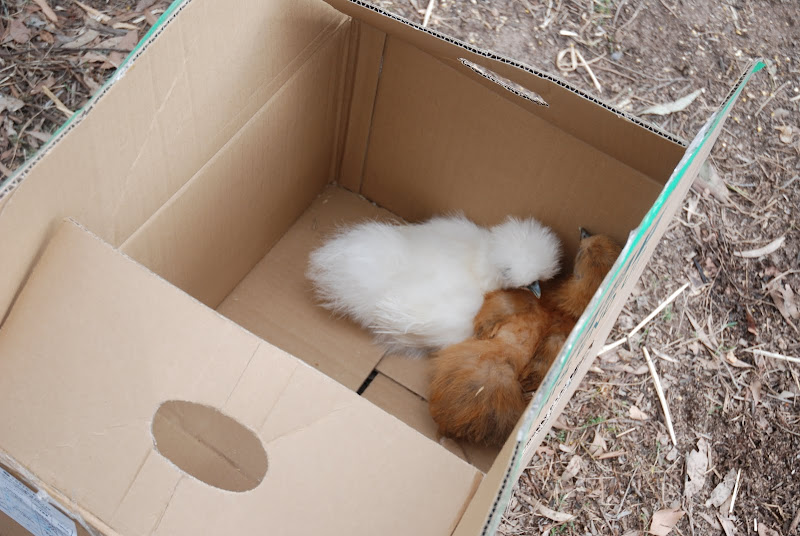 The weekend saw our family grow by two more chickens.  We finally found some Silky hens.  Ben named them Buzz (white like Buzz Light Year) and Woofy (brown like our dog Bonnie).  I was a little nervous introducing Silky hens and Red hens because Red hens can be aggressive.  And yes there was some aggression.  I was just horrified at the whole pecking order process.  I couldn’t cope with it so we removed the Silky hens and returned them at night – popping them gently on the roost.  I had the worst night sleep…. I was so worried about them.  I got up at sunrise to let the chickens out so they didn’t attack each other again in the morning.  It is now two days later and there is definitely a pecking order but they seem to have worked it out.  Honda is definitely the boss even pecking at Bonnie through the fence today…. hilarious!  Buzz and Woofy are only sixteen weeks old, just babies.    They don’t even have there fluffy feet yet.  We are looking  forward to sharing lots of cuddles with our new fluffy hens. 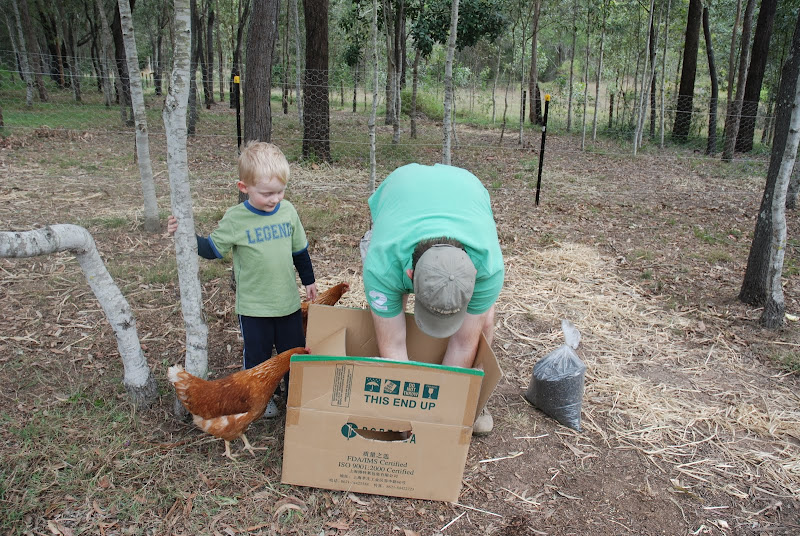 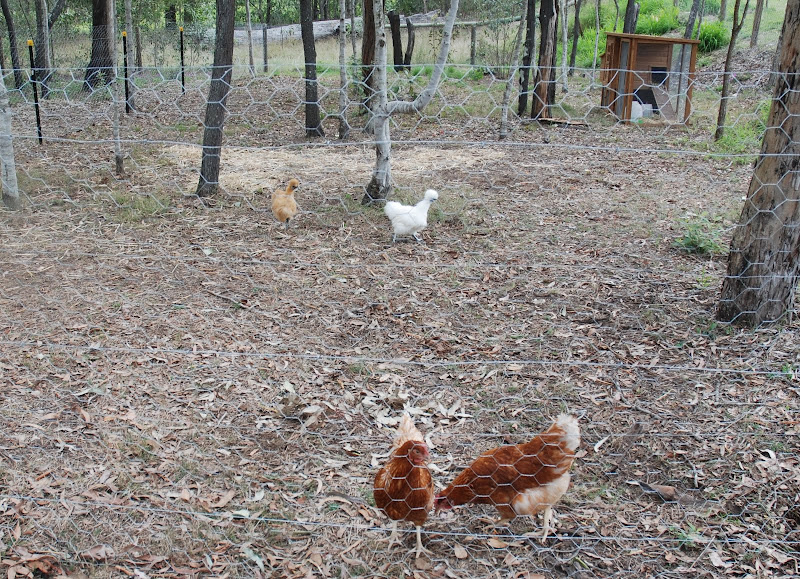 All this worry gets in the way of enjoying being a mum. I am so lucky I don’t have to go back to work. I have the time to enjoy all the little things. But at times I find myself fussing and worrying about ridiculous things.

Andrew has been overseas this week for work so It has been Ben and I at home. He has had a cold and we have been to the doctors twice. We went to the doctors today and I could hear Andrew in my head ‘You’re fussing, relax, it’s ok’. The doctor was pleased to see Ben but said he is on the mend and there is no need to worry. He also was able to have a look in Ben’s mouth (something he rarely lets you do) and said he is cutting a pile of teeth…… but I’m getting off the topic.

But anyhow…. I’m getting to my point. At the chemist today when we filled the script, the lady behind the counter waved goodbye to Ben and said ‘bye’ as we were leaving. Ben smiled, waved goodbye and said ‘bye’. My heart melted. Also on the way to the car he waved and said ‘bye’ to everyone who looked at him and some that didn’t. Also on the way home in the car the song ‘If you are happy and you know it’ came on. Ben was doing his clap and lifting his arms and saying ‘hooray’ which he says more like ‘yaaaay’. It’s his latest trick. These little milestones – the waving, saying ‘bye’ and ‘yaaay’. Make you realise how ridiculous all the worry is. I have had him at the doctors twice this week, fussed and worried about him. When I failed to realise that yes he has a cold but his happy!!! The chemist (who was behind the back counter) even popped his head out and called Benjamin a ‘happy chappy’ because he was chatting a way in his pram. He will only be little for such a short amount of time. I need to lessen the worrying. I need to embrace and enjoy all the milestones and happy days before he is all grown up………cos’ he is a genius you know?!!!