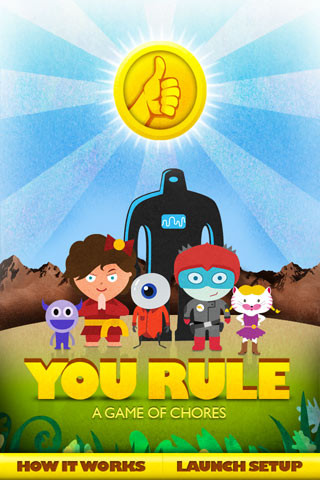 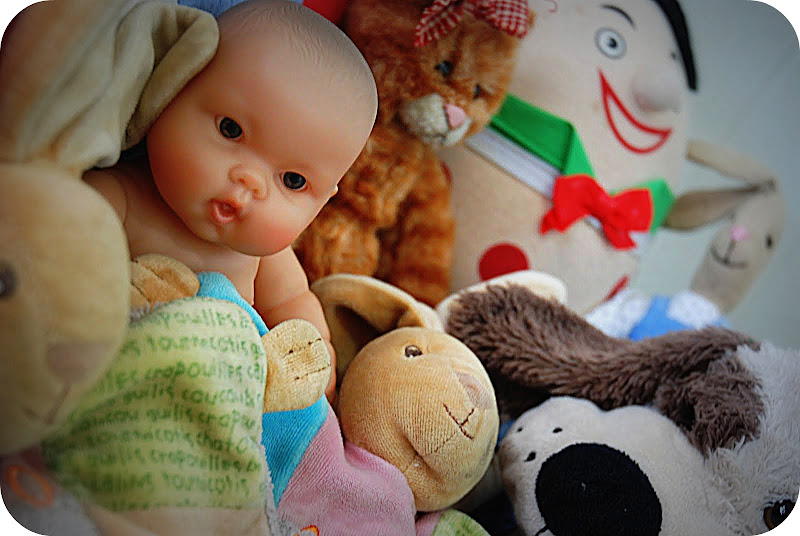 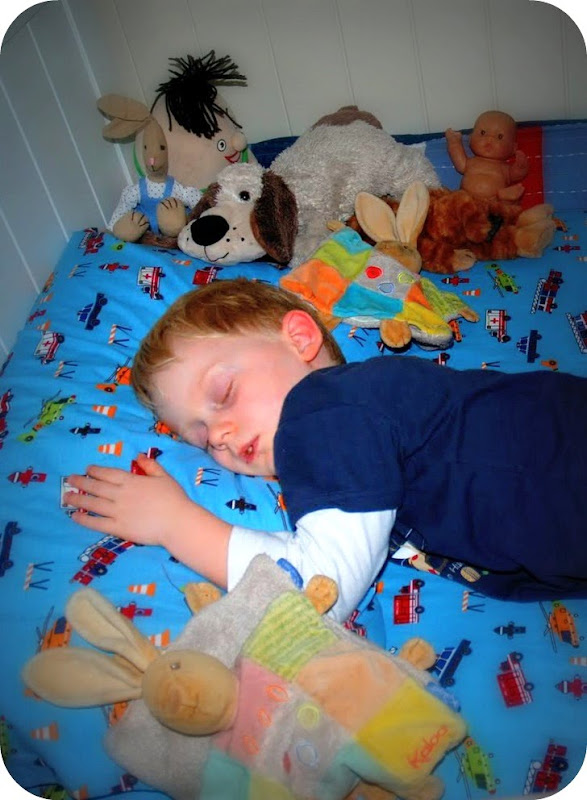 Ben’s bed is getting a little crowded.  In his bed there is:

– 3 Kaloo Bunnies.  He has had these since he was a baby.  However it was never the intention he has all three at once.  The plan was for him to have one and the others were back ups if we couldn’t find one of the Bunnies.

– 1 floppy dog called Patch.  My cousin Leanne sent this to him when he was born.  His cousin Tom also had one just the same and whatever Tom does Ben does too!

– 1 cat called Marmalade.  This was my grandmothers.

– 1 Humpty.  I am not even sure when Humpty made his way into the bed.

– 1 Easter Bunny named Max.  His Aunty Tam and Uncle Phil gave this to him on the weekend ….. and of course it made its way into the bed.

Every night there is a roll call to see everyone is in bed.  Some nights I go to tuck him in and he has his arms stretched out hugging all of his friends.  It is one of those parent moments that pulls on those heart strings….. sweet dreams xoxo

Linking up with  – Life made lovely Monday xo