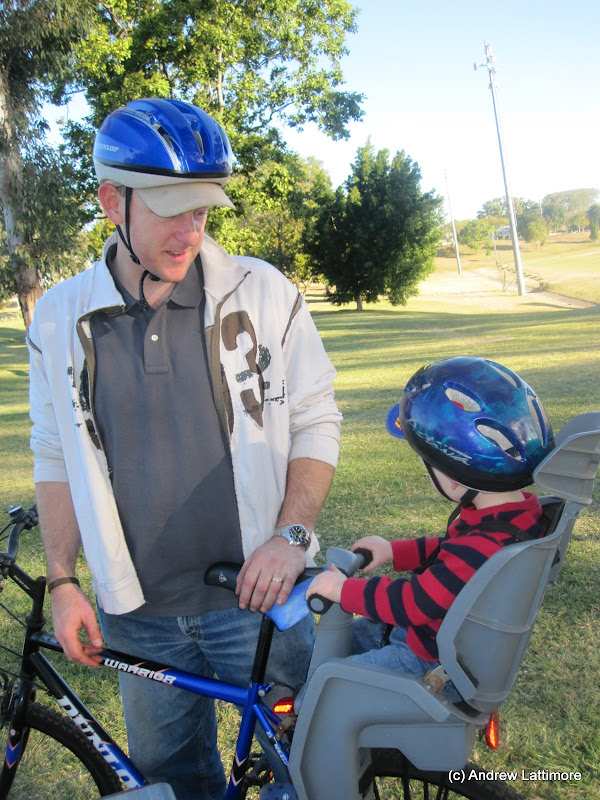 Andrew dusted off a couple of old bikes that we got off Mum and Dad …… maybe about two years ago.  Our neighbours had given us a child seat for the bikes so we could take Ben for a ride.  After some tinkering, the bikes were cleaned, tires were pumped and seat was fitted.  The helmets had seen better days as the inside padding was deteriorating but they did the job.   Once Ben clapped his eyes on the bikes and helmets there was no turning back.  He was a little excited to say the least.  Andrew was the first to take a test ride and survived.  I however was a little more reluctant as it has been maybe eighteen years and some  ??!! kilos  since I last rode a bike.  But after some fluffing about I was on, peddling and steering (a little wonky at first).  We set off to Limestone Park and had a great ride.  Our legs a little wobbly on return but we stayed on with no incidents!!  We can’t believe it took us two years to dust the bikes off.  It may just have to become a weekend ritual! 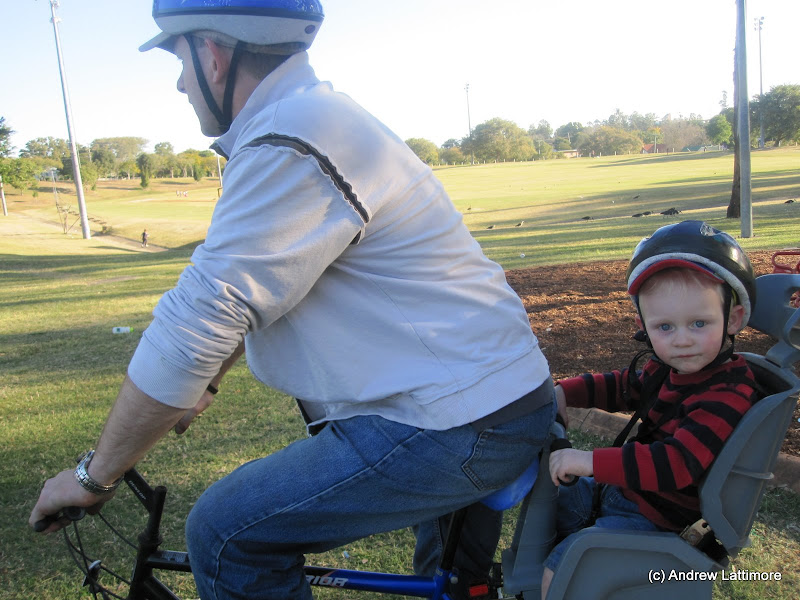