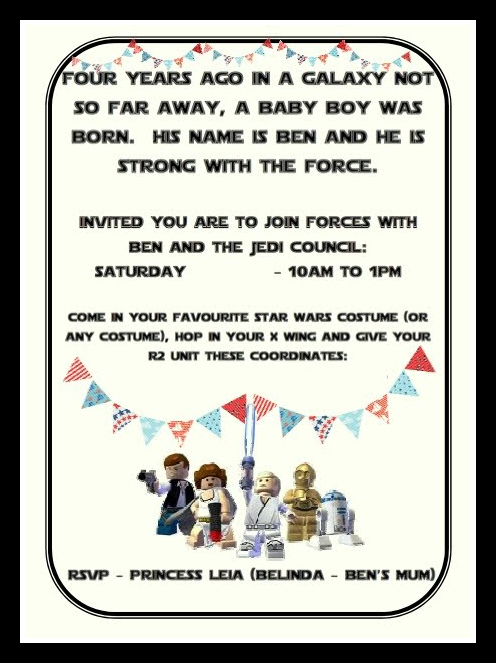 Uncle Darrin introduced Ben to Star Wars!!  On Boxing Day he and  Ben played Star Wars Lego on the XBOX!!!  Ben loooovvvved it. I was not that sure about it.  Since then it has been Obi-Wan Kanobe this and R2-D2 that.  It’s just Star Wars, Star Wars, Star Wars!!!  I come from a Star Wars family.  My Mum loves it, my Brother loves it, my Nephew loves it and Andrew loves it.  They have filled Ben in with who are the goodies and the badies.  Ben even gets the DVD’s out of the cabinet and studies the covers and inserts.  He will be waiting a while to see the movies. I did encourage this obsession a little when I came home with a light saber. Oh there was all kinds of excitement!! 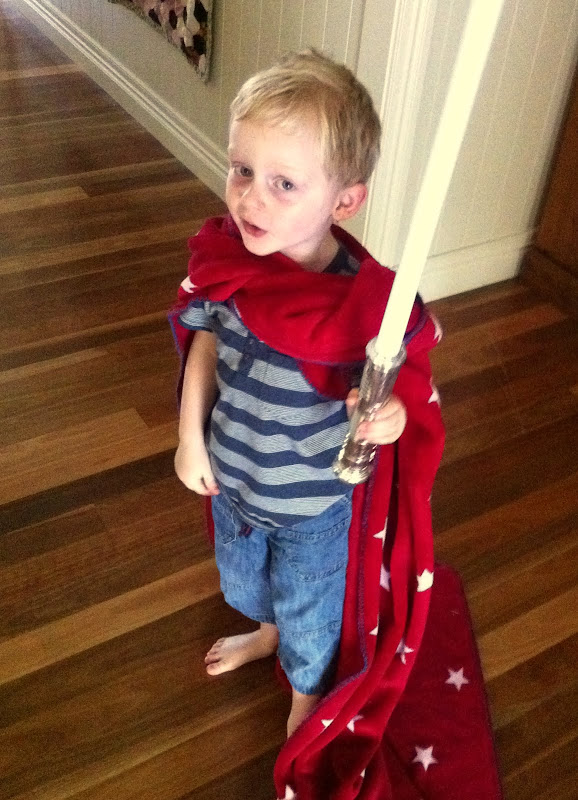 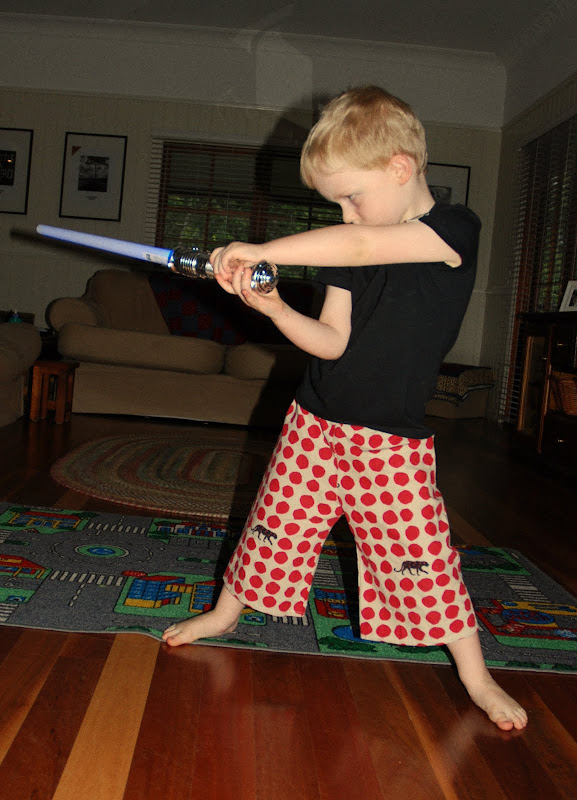 Tonight while putting Ben to bed he told me that Darth Vader and General Grievous were in his bedroom.  I asked him why he thought that.  His reply was ‘they are from the Dark Side of the Force’.  His room was dark, I had just turned the light off!!  He told me not to worry because he was Obi-Wan Kanobe and  he had it covered!!  Very cute… thanks for that!