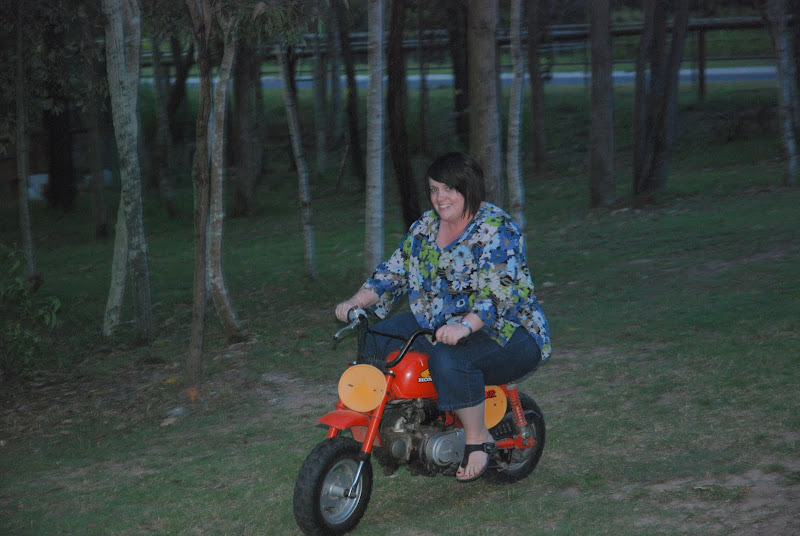 I am sure when we first looked at our new house the deal clincher for Andrew was the Honda Z50 that was under the house.  It was just like the bike he and his brothers grew up riding together.  If you listen to any of the brothers when they talk about their bike they light up…. they loved it!!  I really am certain that Andrew immediately imagined Ben on the bike.  Myself on the other hand needed some convincing about it.  But once I was assured that he wouldn’t be able to ride it solo for some years I felt much better.  It hadn’t really occurred to me that Andrew and Ben could ride it together.

Andrew was so excited to show Ben.  Ben loved it.  His face lit up …. well until Andrew started it.  He got a fright and ran screaming and waving his hands in the air.  I secretly was a little relieved thinking that the bike would be put away until he was older. What was I thinking!!??  That was not the case.  Ben quickly grew to love his Honda…. it’s just like Daddy’s.  Andrew and Ben ride around the yard together.  Ben no longer screams with fright but  he screams ‘Yahooo’.  He tries to kick start it and insists of steering and controlling the throttle.  I rest easy knowing that it’s top speed is slower than a push bike and Ben now has his own helmet.  I am also certain that Andrew loves it just as much as Ben.  Have Fun Boys! 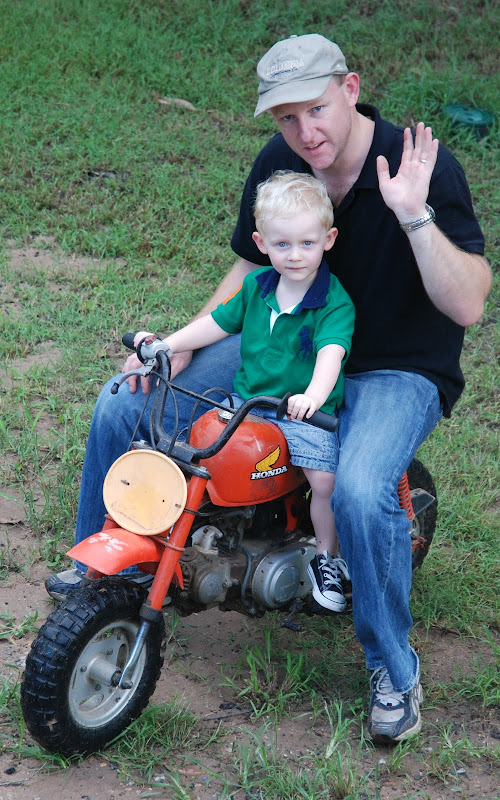