Our silky chickens Buzz and Woofy found a new home today.  Our red hens Honda and Penny Penny had started to attack them.  Poor Buzz has lost so many feathers.  She really looks terrible!!  I just couldn’t let the Buzz and Woofy get picked on any more.  So even though it breaks my heart we found them a new home.  Thanks to Sian and her family Buzz and Woofy will once again be happy chooks.

As we left Sian’s this morning we took one last peak in the hen house…….. Ben looked up at me and said ‘They will be ok Mummy….. look at all their new friends’.  Love ya Ben and thanks Sian xo 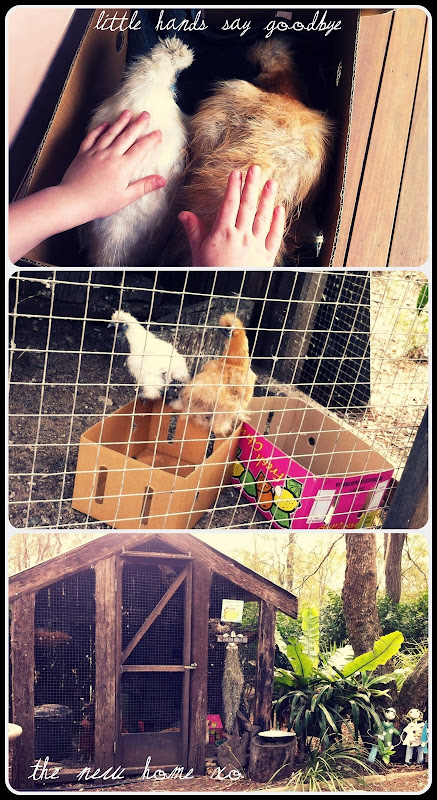